Over the past 25 years, Pokémon has gone from a fad to a multimedia juggernaut. Dozens of video games, movies, TV seasons, comics, and more have sprang into existence around the cute little monsters.

These different properties have varied in some respects, but all have helped to apply at least a veneer of continuity on the imaginary world where pocket monsters roam the wild. And, in many ways…what these things show is pretty weird.

I’m not talking about weird as in the obvious, with bizarre creatures that live in tiny Pokéballs. I mean that the world we see in the different franchises, particularly the videogames, has some fascinatingly odd worldbuilding implications. Here are just a few of the things you’d have to contend with if you lived in the world of Pokémon.

Read more at The Screamsheet! 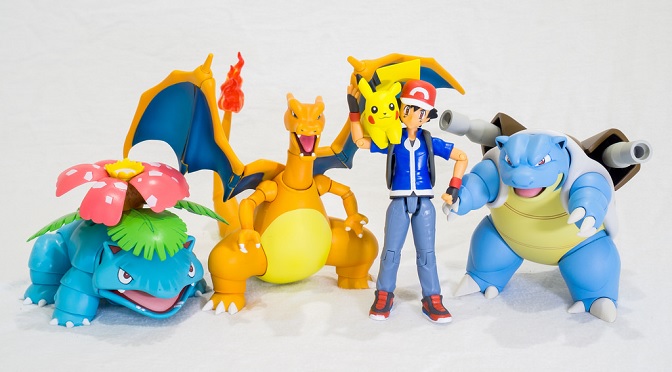 My kids are officially obsessed with Pokémon. In a way, this is great news for me. After years of dealing with the likes of Thomas and Friends, I can finally bond with them without having to do any research. I was into Pokémon in the 1990s, so the kids are in my wheelhouse now.

I gleefully fired up a game of Pokémon Red for the kids to share my introduction to the franchise with them. Unfortunately, it was only after I got them hooked on the game that I remembered the downside to sharing my childhood entertainment with them: some of those early installments are really messed up.

I’m not talking about the dissonant nature of a game that talks about the importance of treating Pokémon well but then encourages you to capture them and force them to battle. That’s a flaw of the whole franchise, but it falls under the mantle of, “this is just a video game, so don’t overthink it.”

No, I’m talking about a place called Lavender Town. That’s where the original games go from fun-filled adventures with cartoon creatures to creepy horror with some truly disturbing backstory. Lavender Town is where the game introduces ghost Pokémon, and as far as I know it’s the only part of the franchise to really explore death.