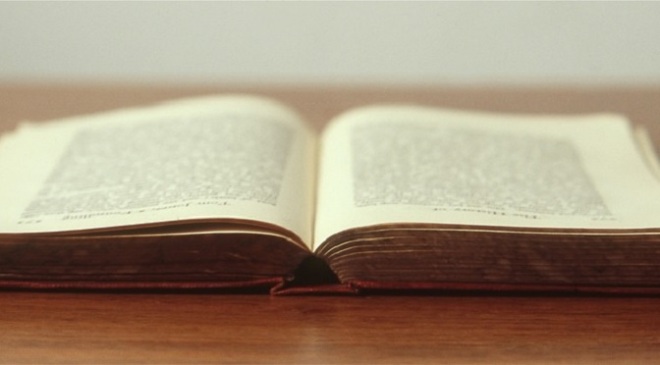 “If you feel safe in the area you’re working in, you’re not working in the right area. Always go a little further into the water than you feel you’re capable of being in. Go a little bit out of your depth. And when you don’t feel that your feet are quite touching the bottom, you’re just about in the right place to do something exciting.” –David Bowie

So, I spent 29 days banging out 50,000 words without doing any pre-planning ahead of time. What do I have here? Honestly, it’s a mess. But it’s a glorious mess that I’m quite happy with.

I’ve been swamped with a lot of paying gigs lately, which is a good position to be in. However, it also means that I haven’t had a lot of time to write for fun. Coming into November, I maneuvered things so I wouldn’t have any deadlines early in the month. This gave me a chance to just write.

By November 1st, I basically had two ideas for a novel. One would be a fantasy heist story that I had been kicking around forever. The other would be something, but I didn’t know what it was. I wanted to try a Philip Marlowe-style detective story, and I wanted to touch on the nature of facts in our society – specifically, the fact that people cherry-pick information to paint a picture that makes them feel comfortable rather than one that requires them to accept reality.

A few days before the start of NaNoWriMo, Anthony Rapp revealed that Kevin Spacey had sexually assaulted him as a teenager. Since Spacey had been one of my favorite actors prior to the revelations that he is a sexual predator, that probably nudged me toward the story I went with. I don’t usually try to pull things from the headlines, but the social and political situation in America is so messed up that it makes great fiction, despite also being horrific reality.

I would have had an easier time writing the story that was in my wheelhouse and that I’ve had on my mind for a couple of years now. But that story is still in my head, and I can write it down at virtually any time. A novel that was outside my usual style, dealing with sexual subjects that I usually try to avoid, and grappling with parts of society that I find particularly troublesome needed a kick in the pants to make happen. Putting it on a deadline was the only way I was going to put all those things together.

Even with the NaNoWriMo deadline, I probably would have abandoned the project early on if I didn’t put it on my website as I wrote it. The first few days of the story were very frustrating. Three days in, I could easily have dropped the whole thing and gone back to the fantasy heist story. I would have been behind on word count, but I probably would have caught up quickly.

By putting my rough draft online, I roped myself into something I couldn’t quit. I have an ego, and I wasn’t about to publicly give up on a story. That turned out to be a good thing, because after the first week I figured out where I wanted to go and had more fun with the writing process.

Writing Through the Blocks

The combination of the NaNoWriMo deadline and the fact that I had put this stuff out in public forced me to write when I didn’t feel like it and power through the days where I didn’t know where to go. If some of the sections read like I was flailing around looking for direction, that’s because I was. This was especially true when my wife’s birthday weekend left me so unfocused on my story that I had to spend a portion of the weekend summarizing my own plot points.

I also had a number of hooks that I brought up early and left dangling. The Cullen Wyatt sex tape was something I initially planned to make a major part of the story, but other parts of the story became more interesting. That tidbit will probably get dropped in a future draft. The character of Lucy O’Brien showed up just once when I was stuck and needed to introduce somebody new to kick my creativity back into gear. I like her, so she’ll probably get a bigger part in the story going forward.

What Was I Writing Again?

My original plot for the story hinged on the idea that Della was a secret mistress, an illegitimate child, or perhaps somebody that the Montgomery brothers had killed. That was really boring, and it was one of the reasons I didn’t like the story early on.

That random decision managed to get everything to click back in place and gave me ways I can revise the story in the future. Della became not a real person but an alter ego for Jamie Montgomery, who is having an identity crisis of his own. It helped me like the characters and the plot, and kept me going through the end of the novel.

Usually, I present something more polished for NaNoWriMo. This time, by really treating the month as an exploratory draft, I managed to stumble across some stuff that I quite like. Even if half of my original draft winds up on the cutting room floor, that leaves at least 25,000 words of good fiction.

What Do I Have Here?

As I said, the 50,000-word story I churned out in the month of November is a mess. But it’s a mess that I’m proud of, and one that can go in some interesting directions once I take the time to revise it. Now that I know where the major plot points lie and what the story’s themes are, I can smooth out the details and craft something really special.

Most of my NaNoWriMo stories are novels that I’ve had in my head for a while. The challenge of writing 50,000 words in a single month gives me a reason to pull them out of my head and put them on a page. But realistically, I can do that in any month of the year.

I feel like this year’s NaNoWriMo is a bigger success than usual because I didn’t have this story in my head at the start. It began as a few stray thoughts and a challenge to push myself out of my comfort zone. The final result is often meandering and contradictory, but it’s a story that wouldn’t exist if I hadn’t participated in this particular event at this particular time.

If you’ve read my NaNoWriMo project, you’ve basically seen the birthing process of a novel. It has a lot of room to grow, but I’m very happy with the result.