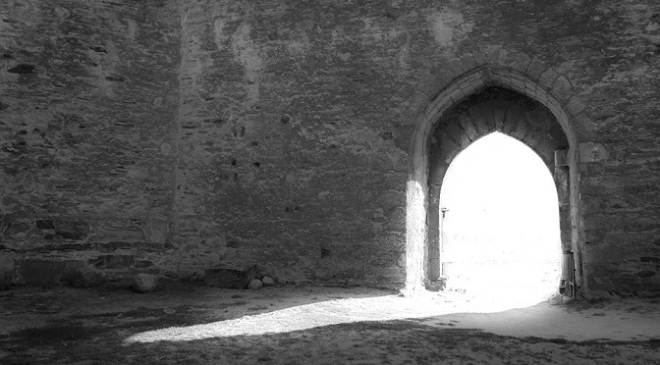 Conquest of Greystone Valley is a sequel, but it’s also a good jumping on point for newcomers to Greystone Valley. Somebody has tampered with the memories of both Sarah and her mom, leading them to have forgotten many of their old adventures.

In the excerpt below, Kay and Dax have retrieved our somewhat amnesiac heroines and are bringing them up to speed. If you’re wondering what this Greystone Valley place is and who conquered it, here’s your chance to learn.

“Do you remember this place, Mom?”

Her mother nodded. “I’m starting to. This castle is named for Greystone Valley, the world between worlds.”

“Exactly,” Kay said. “Hundreds of years ago, a wizard saw that the world was changing. People were growing more cynical and didn’t believe in the old fairy tales anymore. Instead of letting all those wonders disappear, he created this valley. It has the power to pull in special people and strange creatures from other worlds—”

“Including the Emerald Enchantress,” Dax said, placing a hand on Sarah’s mom’s shoulder.

“And, many years later, her daughter,” Kay continued, pointing his glowing staff at Sarah. “A daughter who opened this castle, which gives access to all the other worlds Greystone Valley touches. That means the valley’s magic can get out too. I think that’s one of the reasons why the memory magic affected you all the way in your world. But don’t worry—you’ll remember everything soon enough. Memory charms can hide thoughts away, but they can’t make them disappear entirely. Now that we’ve broken through a little bit, the rest will start to come—especially once you see the valley for yourself.”

The hallway was wide enough for all four of them to walk side-by-side, but Kay took the lead and Dax brought up the rear, his hand on his sword. Both of them looked at each door that they passed suspiciously, as though they were expecting some kind of monster to jump out from behind it at any moment.

As they walked, Sarah did indeed feel the return of old memories, memories that explained a lot of little things from the past year that hadn’t made much sense before. “I’m starting to get it . . . but why is Carrie mixed up in all this?”

Kay picked up his pace as he saw a pinpoint of light in the distance. Sarah guessed it must have been the castle’s exit.

“I’m still trying to figure that out,” the boy said as he nearly tripped over his own robes. “But it’s got to be connected with Greystone Valley’s current troubles. See, whoever controls the valley controls the paths into and out of a million different worlds. And right now, a very dangerous woman has taken over.”

“Her name is Melania,” Dax said. “And she’s the one responsible for erasing your memories.” He sighed deeply. “Although you’ll get used to forgetting things once you become as old and doddering as I am.”

“The two of you, well, you’re kind of legends here—even if everybody only knows you as the Emerald Enchantresses. And with the castle opened, she knew there was a possibility of you returning to the valley and setting things right. That’s sort of what heroes like you do, after all. Nobody notices when you get grounded or called into the principal’s office—all they know is that you show up when you’re needed and then disappear when the job’s done. But it’s a lot harder to come to the rescue if you can’t remember ever setting foot in the valley in the first place. Melania has some strong magic of her own, and she cast a memory charm on you and everybody who ever knew you.”

“Then how did you remember us?” Sarah asked.

Kay turned around, beaming. “Dax and I got clever,” the boy said as he walked backward. “We erased our memories before Melania could do it.”

“Don’t make it sound intentional,” Dax said. “We did it because we got lost in the mountains and Kay cast the wrong spell when he was trying to find a way down. Luckily, Kay’s magic was temporary . . . unlike Melania’s.”

“Yeah, well . . . sometimes, it’s about results, not intentions. Besides, I got us down from the mountains, didn’t I?”

“Oh, yes. You gave us the knowledge we needed to find our way . . . at the cost of remembering our own names.” Dax sighed as he continued trudging along. “Not that I wouldn’t mind forgetting my problems for a little while longer,” he moaned. “My old bones are aching from all this walking.”