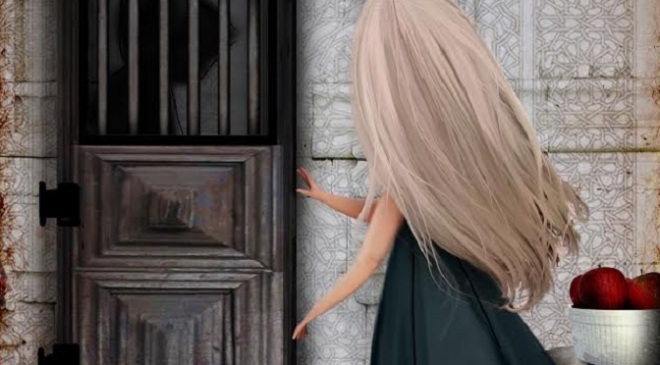 We are now a week away from the release of Conquest of Greystone Valley! If you haven’t already gotten in on the Great Greystone Valley Giveaway, you can preorder your copy today and get a chance to win a $25 gift card and a signed hardcover or paperback!

In the meantime, as the countdown has begun, I’m going to preview bits of the novel throughout this week. First up are seven characters who are either brand new in Conquest or who have expanded roles from the original novel:

“You’re a very talented girl, but you’re also predictable. And disobedient. And, as of right now, grounded.”

Sarah’s mom was on the periphery of the last story, only revealing that she knew anything about Greystone Valley at the very end of Sarah’s adventure. This time she’s tagging along with her daughter, meaning that two Emerald Enchantresses will visit the valley together for the first time.

Sarah rolled her eyes. “You think every boy is kind of cute.”

Sarah’s long-time best friend, Carrie is a more-or-less normal girl who is interested in all the things Sarah isn’t – dancing, makeup, boys, and more. She’s awed by her friend’s magic, but the last thing she wants is to go on an adventure herself. Too bad for her that she finds herself dragged into Greystone Valley against her will.

“You are mistaking this for a negotiation. Too many humans have been sneaking about here lately. You’ve already pushed us to the mountains because a few of us followed the warlord. I won’t let you push any further!”

A boar-headed beast-man who leads a tribe near Castle Greystone, Calydon is one of the first creatures to “welcome” our heroine and her friends back into the valley. Suspicious of humans and defensive of his people’s holy sites, dealing with him requires a finesse that Linda can provide…if she can get Sarah not to start a fight first.

“My dear, nobody lets me do anything. I take what I want, and all I want now is one of my grandchildren back. Don’t worry…it won’t be for very long. After a few years, I’ll let you go on your merry way.”

A spirit whose magic has been behind more of Sarah’s adventures than she knows, Sabrina is one of the beings who created Greystone Valley in the first place. A being associated more with myth than truth, she follows an agenda of her own – one that has a very personal connection to Sarah and her mom.

“I had this strange feeling…how do I explain it? It was like I regretted the decision I had made, but not because it lost me money.”

“Do you mean you felt guilty?”

“Guilt-ee?” The dwarf rolled the word around his tongue as though it were a completely foreign notion to him.

Most dwarves are creatures that protect the riches of the earth. Etten and his companion Kytar claim to do so as well, but the majority of their riches go right into their pockets. Siding with monsters and robbers, Etten winds up as both a friend and enemy of Sarah’s companions. How long anybody can trust the dwarf is a matter than even Etten isn’t sure about.

“You wizards. You always assume that magic will solve your problems. I’d let you call this a lesson learned, but Melania doesn’t care anymore whether you live or die. I prefer the latter.”

An exiled dragon from the northern peaks, Grimjaw cares little for anybody else and is even willing to break the rules that traditionally bind dragons when it suits him. Concerned only for his own wealth and pleasure, he stands as the most powerful foe that Sarah and her companions will face in Greystone Valley…one which they may not be able to overcome.

The mysterious woman who conquered Greystone Valley without raising a blade, Melania is the woman behind all the troubles Sarah and her friends face. Who is she? How did she conquer the valley so easily? What does she truly want? The answer to these questions and more will be revealed next week with the release of Conquest of Greystone Valley.