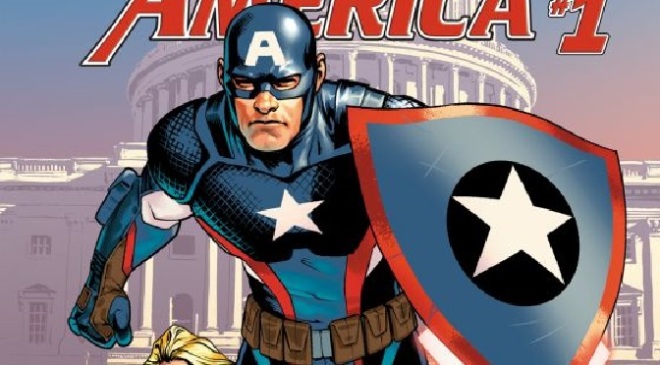 After several years of not being Captain America, Steve Rogers has once again donned his iconic blue suit, albeit with a few changes to the overall look.

Oh yeah…there’s one other big change to the original Captain America – one which, according to many people on the Internet, ruins him forever.

Since Steve Rogers: Captain America #1 only hit shelves this week, I’ll add an off-topic spoiler space for those who want a chance to be surprised by the big twist.