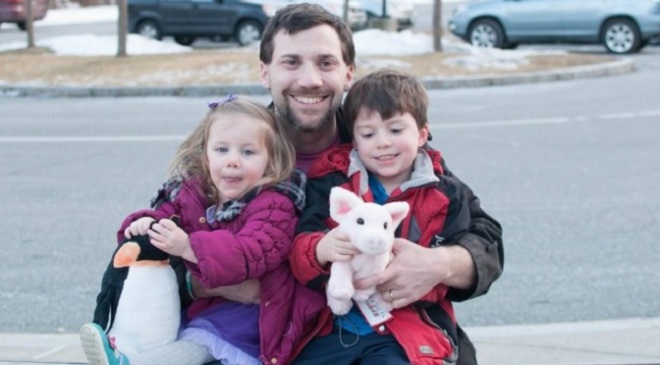 Some time ago, Al Ferguson of The Dad Network posted a picture of himself wearing a t-shirt that read, “Dads don’t babysit. (It’s called “parenting”)” This being the Internet, it has since resurfaced and sparked a debate about a dad’s role in the parenting process.

There are so many ways we have become more accepting in our society, but the world is filled with signs that we still cling to old prejudices long after they’ve become outdated. We have more working moms and stay-at-home dads than ever, but our view of gender roles often gets stuck decades in the past.

The t-shirt kicked off a discussion on Reddit, with comments ranging from wisecracks to thought-provoking statements from dads. One single dad discussed trying to plan a sleepover for his daughter: “when you explain, no mom here – sorry, there’s that long pause. Sad to say to this day she still hasn’t had a sleepover.”

I’ve been called a babysitter plenty. In addition to being a bit demeaning, it also seems kind of like a jab at my already over-stressed wife. It’s like implying that she bears 100% responsibility for the kids – if something goes wrong while she’s out, she should have hired a better sitter.