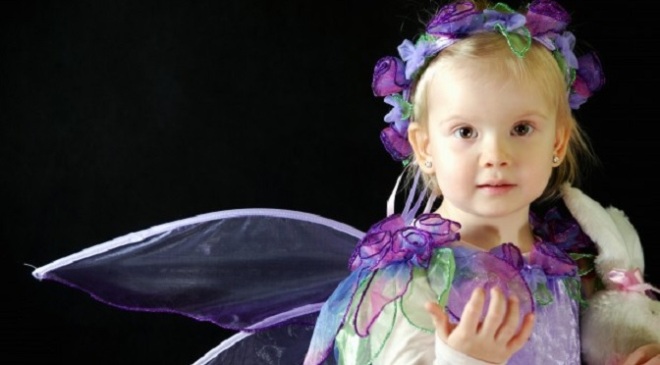 Warning: Spoilers for Greystone Valley below.

Kid heroes are a staple of fantasy fiction. It’s part of the wish fulfillment of the genre – many of us fall into fantasy tales when we’re children, imagining ourselves taking on our greatest fears and earning the fame and fortune that are normally reserved only for adults. But where are those kids’ parents?

In most cases, a parent in a story about a kid hero is an obstacle that has to be removed. A responsible parent isn’t about to let their child run off into danger. As a result, parents in these stories are usually either absent, oblivious, or in danger themselves.

This is the favorite trope of superhero stories, where almost every costumed do-gooder has at least one dead parent. Missing or dead parents not only allow the characters to adventure freely without being restrained by an authority figure, but they also provide character motivation. What would Batman be without witnessing the death of his parents?

Absent parents not only play to a fear shared by most readers, but they’re also a way to establish a hero as an outsider. Bastian from The Neverending Story is one example, as the personality shift that comes from his mother’s death puts him at odds against the bullies that help kick off the story.

If a kid hero never knew their parents, that’s often a sign of some legacy of greatness that they will soon discover. Harry Potter is both an outsider and a messiah figure. The identity of Taran’s parents is a driving force throughout The Chronicles of Prydain, with Taran hoping that he has a heroic lineage.

Greystone Valley uses an absent parent to help drive the plot, as the death of Sarah’s father leads her into a depression that leads her deeper and deeper into the world of fantasy. Her mother is present but – in the first book, at least – oblivious to the dangers Sarah finds herself in.

In stories where a child disappears into a magical world, it’s easy to let the parent remain oblivious or unreachable. The Pevensies go to Narnia for years, but it only seems like seconds in our world. Dorothy finds herself whisked off to Oz before her aunt and uncle can do anything about it.

This trope doesn’t have to be limited to magical transportation – there are other ways to keep parental figures oblivious. The doddering Aunt May of the 1960s Spider-Man comics, for example, wouldn’t be able to handle Peter Parker’s life as a costumed vigilante. Luckily, a mask and a secret identity keep her from knowing.

Greystone Valley leans on this trop quite heavily, since Sarah is gone and back before her mom ever notices. But by Conquest of Greystone Valley, her mom knows all about her daughter’s magical adventures. So what’s a mom to do when her little girl goes running off again?

When writers want a parent to be present in the story but not there to protect the kid hero, they’ll often put the adult in danger. This gets the parents out of the way without completely removing them from the story’s action. It also makes the stakes much more personal for the child.

Hayao Miyazaki’s Spirited Away and Neil Gaiman’s Coraline are stories that put the parents in danger and place the onus on the child to save them. It’s worth noting that both stories give a realistic depiction of the kid/adult relationship – Chihiro and Coraline fight with their parents from time to time, but still love them.

While the upcoming Conquest of Greystone Valley touches on absent and endangered parents, one major change from its predecessor is that Sarah’s mom is fully aware of her daughter’s magical nature. So when Greystone Valley calls out again for help and Sarah rushes off to help, what are her mom’s options?

She can’t just let her daughter go it alone. Even with powerful allies like Dax, Kay, and Keeley, the dangers are too great for a mother to ignore. But at the same time, Sarah’s not a little girl anymore – she’s young but powerful, and one of the best hopes that the valley has.

The best solution is to go with her. After all Sarah’s mom is no slouch in the magic department, either, and two Emerald Enchantresses are better than one. Of course, returning to Greystone Valley after more than 20 years away and meeting a new enemy head-on has some unforeseen consequences of its own…

Conquest of Greystone Valley is one of the few fantasy stories that has a child hero and a parent who adventures right along with them. Will that be a boon or a burden? You’ll have to wait until the novel lands on shelves in 2016 to find out!